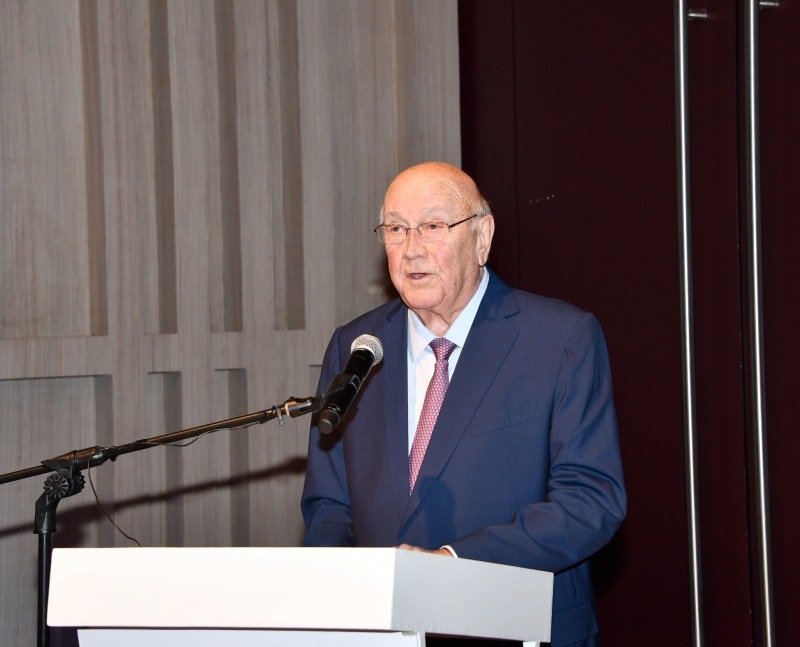 A high profile delegation of Nobel Peace Prize winners, who are currently on a visit to the Kingdom, yesterday visited the Bahrain National Theatre. They were received by the President of Bahrain Authority for Culture and Antiquities (BACA) Shaikha Mai bint Mohammed Al Khalifa.

The President of the Global Security Institute, Jonathan Granoff thanked His Royal Highness Prime Minister Prince Khalifa bin Salman Al Khalifa for the gracious welcome and hospitality. The ‘men of peace’ spoke about co-existence in Bahrain and cohesion characterizing the Bahraini community, lauding the kingdom’s efforts to foster human rights and ensure optimum services and care for citizens and expatriates.

The former President of South Africa congratulated Bahrain on its success in achieving the Sustainable Development Goals (SDGs) 2030 which were approved by the United Nations and which earned respect of the international community during Bahrain’s submission last July of its first Voluntary National Review at a High-level Political Forum of the UN Economic and Social Council.

Russia denies suspecting US of drilling hole on ISS