Manama : Bahrain’s oil minister yesterday revealed that the Kingdom, this year, will start the development of its tight gas reserves.

Shaikh Mohammed bin Khalifa Al Khalifa, in an interview to The National, said that Bahrain has already started its pre-development works.

“We’re in talks with service companies, Schlumberger, Haliburton, etc but eventually we will also look at IOCs [international oil companies],” the Minister was quoted as saying in the report.

Bahrain, the Minister said, has ‘large’ deposits of tight gas within the ‘onshore Khuff reservoirs. He, however, didn’t reveal details regarding its size.

Tight gas, which is considered as an unconventional source of natural gas, is produced from reservoir rocks and is different from Shale gas which is contained most commonly in sandstone, but sometimes in limestone.  The Khuff gas reservoir in Bahrain, according to Onepetro, was discovered in 1948 and is being used for municipal power generation and local refinery requirements.

The move to develop own gas resources, according to the Minister, also complements the ongoing construction of an LNG import facility in the Kingdom.

The 4.1 billion cubic meters per year import facility, which also includes a floating storage unit, offers the Kingdom the flexibility to cater to seasonal demand and the option to re-export to regional demand centres. Located at Muharraq Island, the permanent LNG import terminal is due for commissioning in 2019.

Once completed, the Minister said, the plant, which will be managed by state-owned Nogaholding, could be used to extend supply to neighbouring countries.

In this regard, the Minister also told the newspaper: “We are thinking of having a gas grid as well” just like the GCC Interconnection Grid, which connects the power networks of six member states.

The effort would be more for “security of supply rather than cost-competitiveness with other LNG supply,” the minister was quoted as saying. 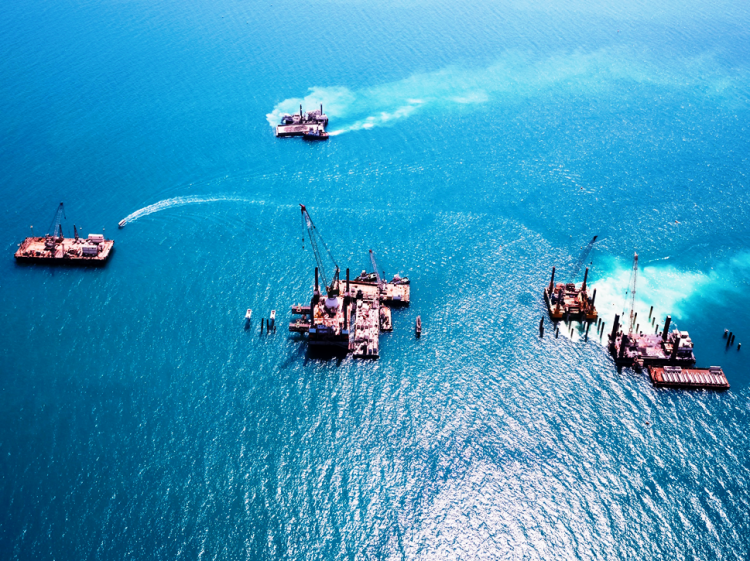 Bahrain, according to the report, is also pushing ahead with the expansion of its refinery at Sitra, with plans to develop an aromatics facility in a joint venture between Bahrain Petroleum Company and Kuwait’s Petrochemical Industries Corporation.

Work is already underway on the aromatics project. “We’ll have to focus on getting resources. It’s world-scale aromatics, it’s a good time to build, the capital costs are competitive, the economics are good,” the minister revealed.

The Minster, in the report, also said that the Kingdom is looking for more partners to develop the historic Bahrain oilfield, which was exited by a Mubadala and Occidental Petroleum in 2016.