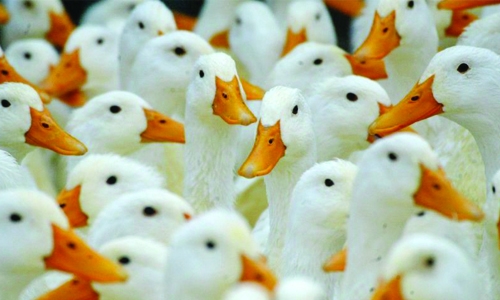 Manama : The Kingdom has banned poultry imports from Saudi Arabia amid a reported bird flu outbreak there in the past week.

Spokespersons of Health Ministry and Works, Municipalities Affairs and Urban Planning Ministry, which is in charge of poultry and livestock affairs, confirmed that the Kingdom is taking all the necessary precautionary procedures to prevent the reported outbreak from reaching Bahrain.

According to regional news agencies, the highly-contagious strain of bird flu, clinically known as H5N8, was reported in a local poultry market in the Saudi capital last week.

The officials here confirmed that no H5N8 cases were reported in Bahrain and that the virus is highly pathogenic to birds, but doesn’t affect humans.

“Veterinary teams from the ministry conducted field visits to local market during the past weekend and examined the birds being sold in them. All results were negative and no H5N8 were reported. Farm were also visited and instructed to take the necessary precautionary measures,” Agricultural Affairs Assistant Undersecretary in Works, Municipalities Affairs and Urban Planning Ministry Dr. Ibrahim Yousif told Al Ayam daily.

According to reports, the virus appeared in Saudi Arabia around 10 years ago and was eradicated. It also appeared in Kuwait in 2016. The recent outbreak in Saudi Arabia led to the culling of nearly 76,000 birds, as confirmed by the World Organisation for Animal Health (OIE) on Friday.

Bahrain to roll out excise tax from Saturday