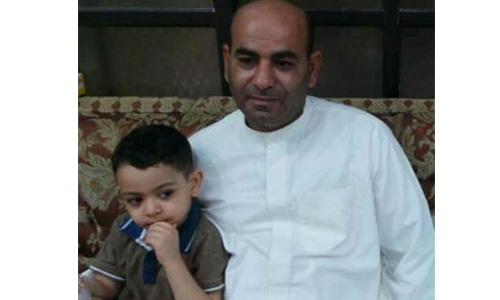 Manama : The body of a missing, 45-year-old, Bahraini diver was found yesterday in the waters near Sitra Industrial Area during the wee hours, the Interior Ministry tweeted.

Riyadh Al Gallaf was reported missing on Friday, after he left his residence in Juffair for a work assignment in Sitra in the morning, along with his non-Bahraini
colleague.

Interior Ministry tweeted at around 3am yesterday that “a citizen’s body (45) was found in the seabed near Sitra Industrial Area and authorities are following necessary
procedures.”

When contacted, the family members of the victim told DT News that the deceased owned a private diving and underwater welding company named Dilmun.

“Riyadh went to the worksite with his South African colleague to finish some urgent underwater maintenance work,” his relatives said, in Juffair near the deceased’s
home.

“The waters were shallow and he was monitoring the work from above, while his colleague was working underwater. We were told that Riyadh was not there when his colleague came out for a break.

“Later a Coast Guard officer called us from Riyadh’s phone and informed that he’s missing. And we were told today (Sunday) by the morgue that they have his body.

“We’re waiting for the coroner’s report and the results of the investigation,” they added.

The family members also confirmed that Al Gallaf is hugely experienced in the field and is well-qualified to train divers.

“It’s unlikely that he naturally drowned in such shallow waters,” the relatives added.

The man’s body was buried yesterday in Shaikh Maitham Graveyard in Umm Al Hassam, where a number of Juffair residents attended the funeral. He is survived by his wife, two toddlers and eight brothers.

5pc of foreign women who married Saudis are maids