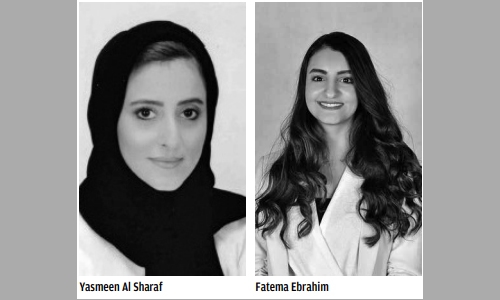 Two Bahraini women have found their way on to the top 100 ranking of ‘Women in Fintech to know and follow in the world’. Fatema Ebrahim, Founder of Andra Public Relations & Corporate Communications, and Board Member at the Economic Development Board Bahrain, and Yasmeen Al Sharaf, Head of the Fintech Unit at the Central Bank of Bahrain are on the list released by Miss Kaya in collaboration with LATTICE80.

The chosen candidates are part of the Women in Fintech Bahrain Initiative (WIFBH) that launched last year chaired by the Economic Development Board Bahrain. Commenting on the achievement, Fatema Ebrahim said, “As women in the Fintech space, we get to represent Bahrain and the ecosystem that is constantly growing stronger. There are several women in Bahrain driving innovation in finance and making headway in the FinTech world, and we want to fill the gap by representing them, their personal experience and their achievements so we can make it easier for other women to relate, collaborate and achieve more.”

“We are witnessing an exciting, dynamic new era of progression for women, breaking stereotypes and proving that no task, role or sector is off limits! While FinTech is a relatively new sector, yet we see a strong representation of women, proving women are an integral part of the present and future. I feel humbled and honoured to be representing Bahraini women in FinTech amongst a host of inspiring and brilliant women from around the globe,” said, Yasmeen Al Sharaf, Head of the Fintech Unit at the Central Bank of Bahrain.

LATTICE80 is the World’s Largest Fintech Hub which is building an ecosystem known as KAYA Network that connects over 11,000 Fintech startups and over 200,000 professionals. The report was done in collaboration with Miss Kaya – a lifestyle driven financial platform for the modern woman – led by Gina Heng. The list provides a fair representation of women across different geographies and the roles they play in the Fintech ecosystem.