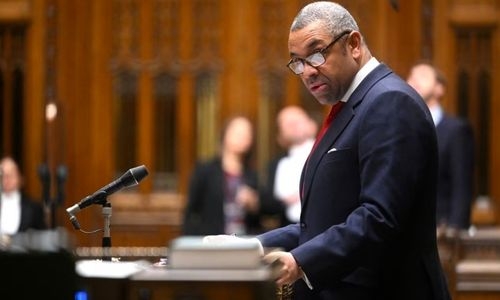 Britain sanctioned more Iranian individuals and entities yesterday over the country’s “brutal repression” of its people, including a crackdown on anti-government protests, and the recent execution of British-Iranian dual national Alireza Akbari.

The sanctions included an asset freeze on Iranian deputy prosecutor general Ahmad Fazelian, who the British foreign office said was responsible for an unfair judicial system that used the death penalty for political purposes.

“Those sanctioned today, from the judicial figures using the death penalty for political ends to the thugs beating protesters on the streets, are at the heart of the regime’s brutal repression of the Iranian people,” British foreign minister James Cleverly said in a statement.