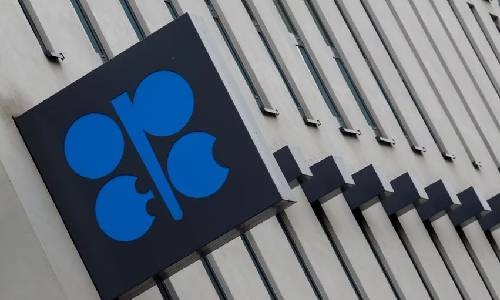 The OPEC Fund for International Development, a development institution established by the Organization of the Petroleum Exporting Countries' member governments nearly 50 years ago, has raised $1 billion by selling its first ever bond.

With the money earmarked for food security, healthcare, infrastructure, education, employment and renewable energy projects, the three-year bond which will pay investors an interest rate of 4.5%, will also be classed as a 'sustainable development' bond.

It is a label that has a growing appeal for investors increasingly looking to use their resources in more environmentally and socially-beneficial ways.

The OPEC Fund's Head of Funding, Martine Mills Jansen, said said that central banks from the Middle East, Europe and Asia and other types of "official" institutions, including from the United States, accounted for 62% of the bond's buyers.

Commercial banks made up another 19%, asset managers and insurance and pension funds accounted for almost all the rest, while geographically overall, 52% of the buyers were from the Europe, Middle East and Africa region, 27% from Asia-Pacific and 21% were from North America.

Mills Jansen said the OPEC Fund now planned to issue a dollar-denominated bond every year to build what bankers call a 'curve', something which helps gauge borrowing costs.

It may also do "opportunistic" smaller deals alongside it in smaller markets and potentially other currencies. "The beauty of having a transaction out there is that you have something to build on," she said.

One of the Fund's stipulations is that it only invests in countries that are not members of OPEC.

It had originally planned to sell the bond last year but put the plans on hold when the global surge in interest rates triggered by inflation and the war in Ukraine unsettled funding markets.

This year's calmer conditions, though, have seen a deluge of issuance globally and allowed the OPEC Fund to go for a jumbo deal.

"The momentum was very strong" Mills Jansen said. "So it quickly became clear $1 billion was in our sights."