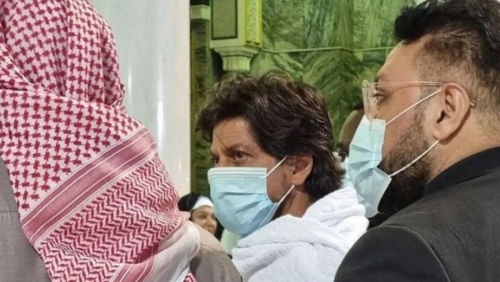 Bollywood superstar Shah Rukh Khan, who recently wrapped up the filming of his latest movie ‘Dunki’ in Jeddah, Saudi Arabia, took time off his busy schedule to make the journey to the holy city of Makkah to perform Umrah.

Umrah is an Islamic pilgrimage to the holiest city for Muslims, Makkah, which can be undertaken at any time of the year. It consists of carrying out rites in Masjid Al Haram.

For a long time now, fans have been wanting to see one of India’s most popular actors perform Umrah. No sooner had Khan posted a video on social media to update his fans about the wrap-up of ‘Dunki’, his followers from all around the world suggested he perform Umrah, as he was just a few hours away from the holy city of Makkah.

The charismatic actor kept his word and went for the pilgrimage much to the delight of fans.

“It makes me so so happy to see that you performed Umrah. It was a heartfelt wish that you will do it… may Allah accept all your duas and ibadah… Ameen. Feeling very emotional,” wrote a fan who shared a video of the star in Makkah on social media.

In the Twitter video clip, Shah Rukh Khan can be seen wearing a white shawl and a Covid-19 mask surrounded by officials while fans are seeing taking photos of the star.

“King Khan Shah Rukh Khan was spotted in Makkah Medina While Performing Umrah ! May allah bless You ,” wrote another fan.

Khan is also looking forward for the release of his film‘ Pathaan ’, alongside Deepika Padukone and John Abraham.