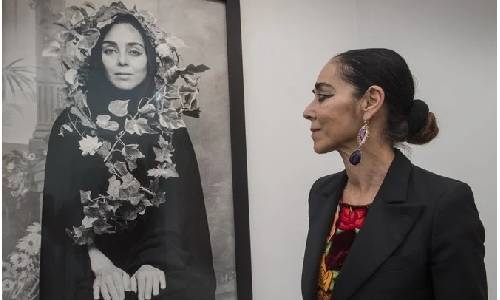 A group of Iranian creatives has issued a statement to the international community asking it to stop working with cultural groups and institutions with links to the regime in Tehran.

The statement — signed by over 6,000 artists, academics, writers and film directors, based in Iran and abroad — was issued following the mass arrest and incarceration of students across the country for their roles in anti-regime protests following the death of 22-year-old Kurdish woman Mahsa Amini in September at the hands of the morality police.

The statement calls for the international community to “boycott governmental institutions of the Islamic state of Iran and their covert affiliates, and prevent them from having any presence in international arenas of arts, culture and education” over the regime’s “increasingly brutal, violent and deadly state crackdown” that has left at least 300 people dead and around 14,000 in detention.

One of the signatories, London-based curator Vali Mahlouji has also called for direct action by protesters against arts organizations that receive money from Iran.

Mahlouji told The Guardian: “We know that some private Iranian galleries are connected to the money systems of the Iranian state, including the Islamic Revolutionary Guards Council. They need to be boycotted.”

Since the beginning of the protests, art has been used by demonstrators to signal anger at the regime, including red dye being poured into fountains and red nooses hung from trees.

“This is a society saying: We are terrorized,” Mahlouji said. “There is a big performative response: People tying themselves up; red ink being poured on pictures of the founder of the Islamic Republic; red paint being thrown at buildings; even urinating outside art galleries which have kept themselves open when artists demanded that they close down.”

Canada-based artist Jinoos Taghizadeh told The Guardian that some art galleries “have been the money-laundering arm of the government” and have “tried to depoliticize (Iranian) artists.”

She added that art students in Iran who defy the regime “were constantly threatened by the police and university security,” but “have been very brave and creative despite all the repressions, arrests, kidnappings,” and that “the performance of their music and protest songs and their publication on social media both encouraged the protesters and brought the voice of protest to other cities and outside Iran.”

Art has also been used as a form of protest against the regime overseas: In October, a group called the Anonymous Artist Collective for Iran set up a display of 12 red banners with images of Amini and the slogan “Woman, Life, Freedom” at the Guggenheim Museum in New York.

Neshat said: “We are not just a bunch of oppressed artists trying to get the Western culture to feel sorry for us. We’re teaching them that it is time to wake up and understand that culture plays a big part in the political fabric of our world.