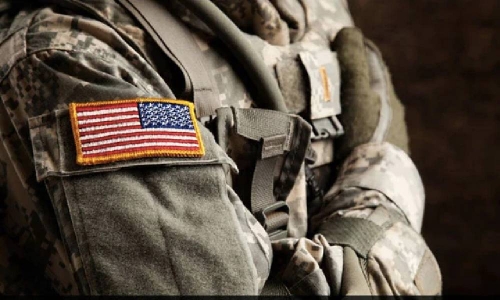 A US presidential commission has recommended that all branches of the US military should adopt a standardised uniform policy that presumptively allows for accommodating religious articles of faith, such as turbans, beards, hijabs, skull caps and yarmulkes.

The President's Advisory Commission on Asian Americans, Native Hawaiians, and Pacific Islanders on Friday released its inaugural report detailing recommendations that were approved on May 12.

Religious articles of faith, such as turbans, beards, hijabs, and yarmulkes, a skullcap worn in public by Orthodox Jewish men, were banned from the US military's uniform guidelines in 1981.

The US Army and Air Force changed their uniform policies in 2017 and 2020, respectively, to presumptively allow these articles of faith.

"Now, hundreds of service members currently serve in the US Army and Air Force with their articles of faith," the commission said.

"But the US Navy and Marines have provided limited religious accommodations to service members and, as a result, force them to violate their religious practice to serve their nation," it said.

The process and policy for religious accommodations is inconsistent between the different branches of the military, the commission said.

The commission has also recommended that the federal government should ensure that emergency and disaster prevention, planning, response, mitigation, and recovery programmes are inclusive of and reflect the experiences of limited English proficient populations.

"Public and emergency alerts should be simultaneously accessible to persons with limited English proficiency at the same time as English-speaking persons," it said.

The White House Domestic Policy Council is currently reviewing the recommendation before it can be sent to President Joe Biden for his decision.