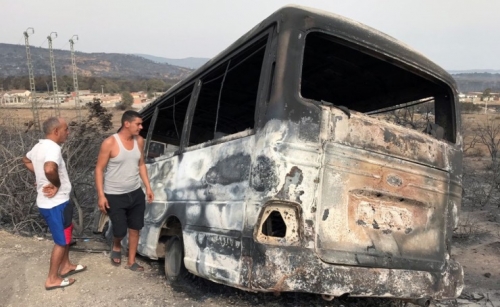 The death toll from wildfires in Algeria has risen to 37, the local Ennahar TV reported on Thursday, citing the Algerian Civil Protection Directorate.

The number of injured also increased to 183 people, the report added.

The wildfires are burning in mountainous areas and the victims were from the provinces of Al Taref, and Setif, in the eastern part of the arid and semi-arid country, Africa's largest.

Most of the wildfires have been put out while some are under control, but firefighters and helicopters are still monitoring the provinces, according to officials.

A year ago, at least 65 were killed by wildfires in the Kabylie region, said Reuters.