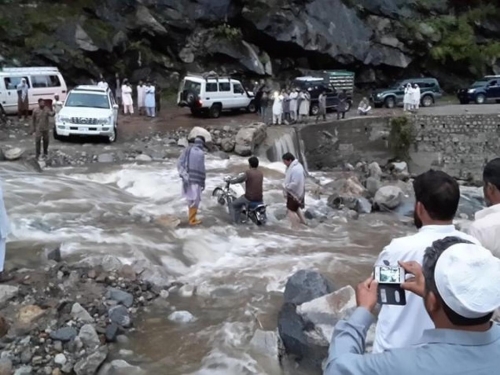 The Bakhtar News Agency reported that the flooding took place on Sunday in the northern province of Parwan. 17 people were reported injured.

At least 100 people remained missing on Monday, the report said, and a search and rescue operation was underway.

The flash floods swept away dozens of homes in the three affected districts of Parwan. The province is ringed by mountains, and often witnesses heavy rain-induced floods.

The local weather department said that more rains were expected in the coming days in most of Afghanistan's 34 provinces. Heavy rains and flash floods across the country killed 40 people in July, and 19 in June.