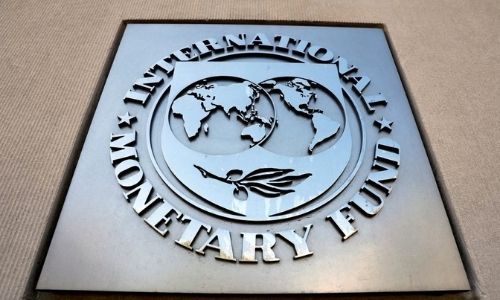 Jordan has met most of the fiscal and monetary targets since the IMF programme began in March 2020, closing tax loopholes and widening the tax base and maintaining healthy foreign currency reserves that will help act as a buffer, he added.

An unprecedented clamp-down on tax evasion has pushed the kingdom's domestic revenues beyond IMF targets for the first time in many years. "Jordan's reform momentum has been established. What is needed is that it needs to be maintained and accelerated over the coming years," Abbas said in a news briefing.

Jordan is expected to meet a 3.4% of GDP primary deficit target this year, he added. The IMF official said the oil importing country had partially mitigated the impact of higher fuel and commodities prices with long-term energy deals and a healthy stockpile of wheat purchased before the Ukraine crisis.

Both a rebound in tourism, remittances and higher exports of fertiliser also have helped cushion the economy. Inflation was expected to rise to 3.8% this year, compared to a previous forecast of 2.8%, Abbas said.

"Overall, Jordan has contained inflation much better than other countries," he said. The IMF has slightly downgraded its economic growth forecast for Jordan this year to 2.4% from 2.7%. Higher growth is seen as key to easing the country's high unemployment, which stands at around 23%.

Growth should be in the "3%-4% range if the country wants to uplift itself to a more prosperous position," Abbas said.