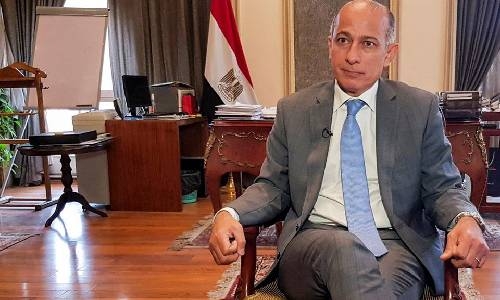 Egypt will position itself as an impartial arbiter while hosting this year's COP27 U.N. climate summit, as it pushes other nations to act on climate pledges while promoting the interests of the developing world, a senior Egyptian official said.

Egypt, where unauthorised public demonstrations are banned, would also welcome protests within the rules of the Nov. 7-18 summit in Sharm el-Sheikh, said Wael Aboulmagd, special representative to the COP27 president.

A natural gas exporter, Egypt takes over presidency of the U.N. climate talks from Britain. Last year's summit in Glasgow, Scotland, ended with the nearly 200 countries in attendance promising to strengthen their climate pledges this year.

Wealthy nations also disappointed many in Glasgow by saying they would not deliver the $100 billion per year promised from 2020 until 2023 to help developing countries with their energy transition and with adapting to a warming world.

Delivering this financing is among Egypt's priorities for COP27. It also wants to focus on securing separate "loss and damage" funds, or compensation payments to climate-vulnerable countries already suffering from climate-related weather extremes, Aboulmagd said in an interview.

"There are issues that are of interest and priority to developing countries, and there are high expectations from us as a developing country to ensure that these issues are taken on board and that they achieve commensurate progress with how important they are," he said.

But Egypt also would seek to mediate between developed and developing countries that have clashed over issues including carbon emissions and climate financing, as it tries to help steer a move from pledges to action, Aboulmagd said.

"In this particular year it is in the interest of the process that a perception of impartiality and equal distance from everyone is maintained."

Aboulmagd said Egypt was working to launch about 17 voluntary initiatives in areas including food and agriculture and water management, hoping to inspire ideas and action to help countries meet their pledges.

Egypt is fine tuning its own updated target for cutting greenhouse gas emissions, known as a nationally determined contribution (NDC).

"We intend to move even faster, despite very difficult circumstances," Aboulmagd said, referring to economic disruptions caused by the COVID-19 pandemic and the war in Ukraine.

To promote global access and representation at COP27, Egypt has sought to fast track accreditation for under-represented civil society organisations from Africa, Aboulmagd said, adding that he hoped climate campaigners and activists play a constructive role.

"There are certain rules and we're working with the secretariat to ensure that if there are people who want to protest, they're entitled to do that, and it's done in a peaceful manner," he said.

Egypt's government had worked with hotels to provide affordable accommodation for participants in Sharm el-Sheikh, a tourist resort on the Red Sea, he said.

"What we have done to the utmost is to ensure that decent hotels and very reasonable rates are made available."