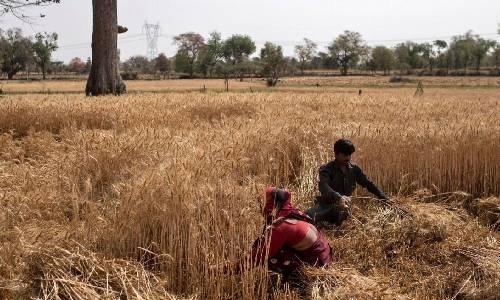 Exports of all wheat have been moved from 'free' to the 'prohibited' category from May 13.

Two kinds of exports will still be allowed. The first is to countries that require wheat for food security needs and the second is based on requests from governments, according to Bloomberg, which cited a notification by India's Directorate General of Foreign Trade.

"The food security of India, neighbouring countries and other vulnerable countries is at risk,” said the notification.

Since the Russia-Ukraine crisis began, governments around the world have been worried about high inflation. The United Nations has also raised concerns about imminent food shortage.

Russia-Ukraine crisis: No one can predict length of war, says Zelensky