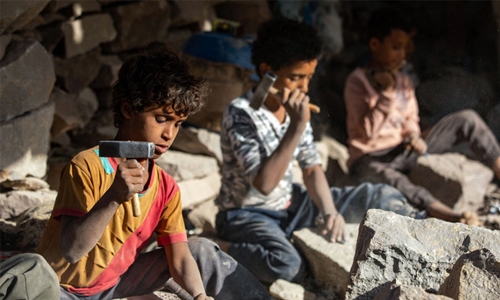 Houthis ‘turn airport into military base’

The Arab coalition said yesterday that the Houthi militia in Yemen has turned Sanaa airport into a military base for experiments and cross-border attacks.

Video footage released by the coalition showed the Iran-backed Houthis carrying out training exercises on UN planes, with the intent of testing a missile air system, Saudi state TV reported.

The video appears to show the Houthi fighters performing experiments and tests on an air system during take-off and landing at Sanaa International Airport, including simulations of intercepting and destroying moving air targets.

US now among ‘declining democracies’ for the first time