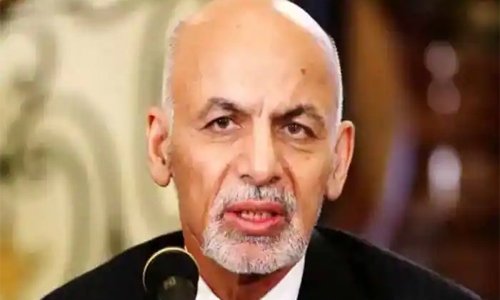 A representative of the Taliban said the group was checking on Ghani`s whereabouts.

American diplomats were evacuated from their embassy by chopper after a swift advance, who were poised to run Afghanistan again 20 years after they were toppled by U.S.-led forces following the Sept. 11 attacks on the United States.

But there were no reports of fighting and the group`s spokesman Zabihullah Mujahid said they were waiting on the outskirts and were in talks with the Western-backed government for a peaceful surrender.

"Taliban fighters are to be on standby on all entrances of Kabul until a peaceful and satisfactory transfer of power is agreed," he said.

Representatives from the two sides were due to meet in Qatar on Sunday, Fawzi Koofi, a member of the Kabul negotiating team, told Reuters. A source familiar with the matter said they would discuss a transition of power and U.S. officials would also be involved.