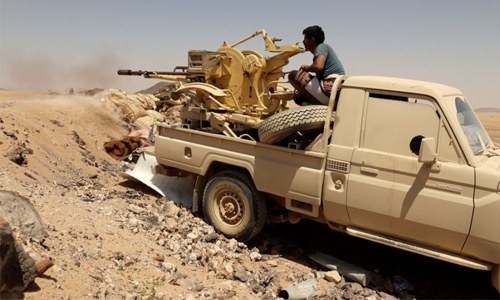 Senior US diplomats are holding talks in the Gulf region in a renewed push for a ceasefire in Yemen as fierce ground battles spread and the Iran-aligned Houthi group resumed cross-border attacks on Saudi Arabia after a brief lull over holidays.

US special envoy for Yemen Tim Lenderking arrived in Saudi Arabia on Tuesday following a visit by Deputy Secretary of State Wendy Sherman to Oman, amid stalled efforts for a breakthrough in ending more than six years of war.

The Saudi-led coalition that backs Yemen’s recognised government and the Houthis have been at odds over a United Nations-led proposal for a nationwide truce and the lifting of a coalition blockade to ease a dire humanitarian crisis. Meanwhile, battles are raging in Yemen’s gas-rich Marib region, the government’s last northern stronghold, and in the al-Bayda governorate.

Lenderking will discuss “growing consequences” of the Marib offensive that is triggering instability elsewhere and the “urgent need” for Riyadh and the Saudi-backed government to facilitate fuel imports to northern Yemen, the State Department said. The Houthis have insisted sea and air restrictions on areas they control to be removed before any ceasefire talks, while the coalition wants a simultaneous deal.