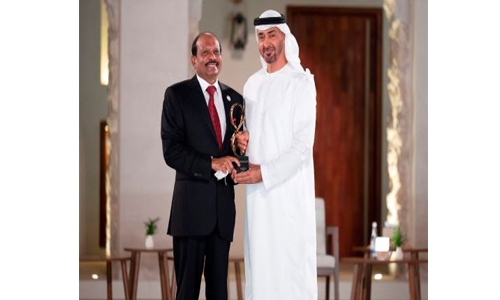 The announcement followed Al Nahyan issuing a resolution to form a new board for ADCCI.

ADCCI is the apex government body of all businesses established in Abu Dhabi and functions as an effective bridge between the government and the business sector.

Each of the business establishments in Abu Dhabi, one of the wealthiest and most influential economic hubs in the region, has to be licensed by ADCCI.

Yusuffali is the only Indian on the 29-member board, which is primarily made up of Emirati business owners and CEOs.

“Truly a very humbling and proud moment in my life.

My sincere gratitude to the visionary leadership of this great country, and I will strive to do my best towards justifying the great responsibility entrusted upon me.

My primary focus will be towards the growth of Abu Dhabi economy and the larger business community, especially in these challenging times,” said Yusuffali MA on being appointed as the Vice-Chairman of Abu Dhabi Chamber of Commerce & Industry: Sheikh Mohammed recently honoured Yusuffali with the “Abu Dhabi Award 2021”, the highest civilian honour for his almost five-decade-long contributions in the fields of economic development and philanthropy.

Bahrainis and expatriates flock to public beaches to beat the heat

We owe it to the martyrs of Covid-19 to find the origin of the Coronavirus: WHO Chief