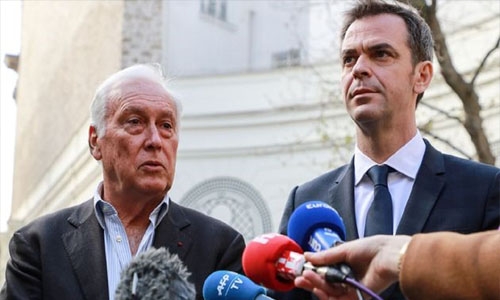 The French government's top advisor on Covid-19 warned Friday that a new variant of the disease would "probably" emerge in the winter months this year.

The country is currently battling an unprecedented spike in new cases caused by the more infectious Delta variant.

"We will probably have another variant arrive during the winter," Jean-Francois Delfraissy, head of the French government's scientific council, told the BFM news channel.

He said that he could not predict the consequences, or whether it would be more dangerous, adding that Covid-19 had "relatively limited" capacities to mutate.

The infectious diseases specialist urged French people to return to social distancing and mask-wearing and said a "return to normal" would probably be in 2022 or 2023.

"The big challenge for the next couple of years will be how are we going to co-exist, with two worlds: countries that are vaccinated and those that are not," he said.

The government's strategy to contain the current fourth wave of cases is based on the introduction of a "health pass" system that requires people to show proof of vaccination or a negative test when entering public venues.

Since Wednesday, cinemas, museums, swimming pools and sports venues have been required to ask patrons for their health credentials, leading to criticism from some that it restricts the freedoms of the non-vaccinated.

The lower house of parliament approved a draft law early Friday morning that will extend the system to cafes and restaurants from next month, and make vaccinations mandatory for health and social care workers from September.

The legislation will now be examined during an emergency session by the upper house senate, with the government hoping for approval by the end of the weekend.