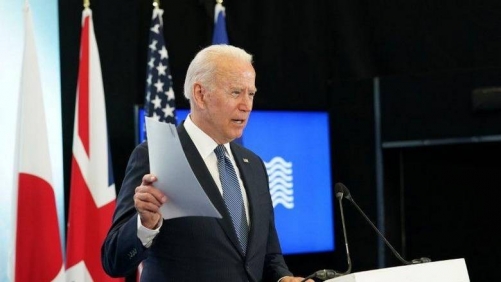 US President Joe Biden said the United States remained committed to Israel’s security and would work with its new government after Israel’s parliament ended Benjamin Netanyahu’s 12-year run as prime minister on Sunday.

In a statement, Biden welcomed the new government coalition led by nationalist Naftali Bennett and sought to reaffirm US-Israel ties.

“I look forward to working with Prime Minister Bennett to strengthen all aspects of the close and enduring relationship between our two nations,” Biden said. “Israel has no better friend than the United States.”

“United States remains unwavering in its support for Israel’s security,” Biden said. “My administration is fully committed to working with the new Israeli government to advance security, stability, and peace for Israelis, Palestinians, and people throughout the broader region.”

Bennett, a former defense minister, and a high-tech millionaire won by a thin 60-59 majority vote, and the coalition of left-wing, centrist, right-wing, and Arab parties is likely to be fragile.