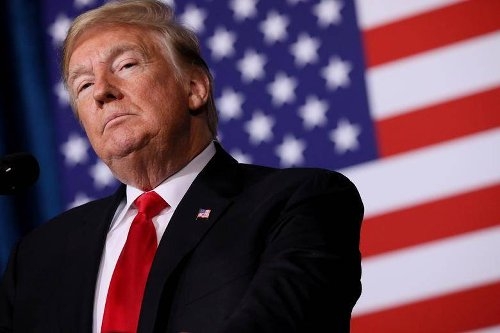 Donald Trump on Monday stated that he was seriously considering a second presidential run in 2024 but declined to make a serious commitment.

"I am looking at it very seriously, beyond seriously," Trump told Sean Hannity in an interview on the Fox News Channel. "From a legal standpoint, I don't want to really talk about it yet, it's a little too soon."

According to USA Today, he did not elaborate on what the "legal standpoint" is, nor did he indicate how long he would take to make a decision.

The former US president, who was impeached twice, could face some trouble with his bid over the legal action he is currently facing. Trump is under investigation for previous financial dealings in New York, as well as for his efforts to pressure Georgia officials into overturning his 2020 loss in the state against President Joe Biden.

Trump has already planned to get involved in the 2022 Republican congressional elections.

"If they need a rally, we’ll do a rally. We’ll do calls. We’ll do all sorts of things," he said when asked what he would do for his preferred Republican candidates.

The interview, taped at his Mar-a-Lago estate in California, aired nine days after he condemned Republicans who disagreed with him, including his former vice-president Mike Pence and Senate Minority Leader Mitch McConnell.