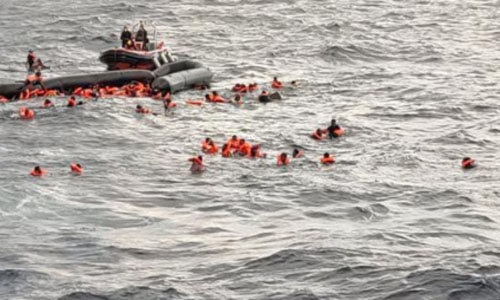 Tunisian authorities said they recovered the bodies of 21 migrants from sub-Saharan Africa, including nine women and a baby, whose boat sank on Friday off the central port city of Sfax. The cause of the sinking was unclear.

Commander Housemeddine Jebabli of the National Guard said there were only three survivors, who were rescued by the coast guard with the help of civil protection divers.

Jebabli said that authorities are continuing to search the area of the sinking to find any missing people.

Jebabli said a survivor told him that the boat had 41 migrants on board, who had set off the day before from Sfax in hope of reaching the Italian coast.

Last month, on March 9, two boats ran aground in the same area killing 39 people, while 165 migrants were rescued. Most were sub-Saharan nationals.