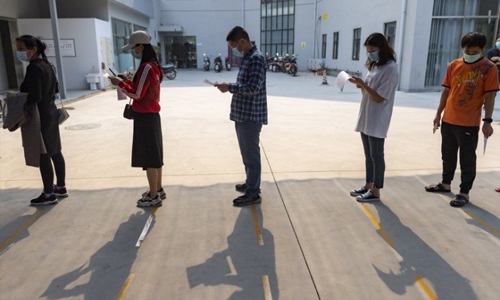 The Philippine government extended a lockdown by another week Monday after an alarming spike in coronavirus infections continued to surge and started to overwhelm many hospitals in the capital and outlying regions.

The government-run Lung Center of the Philippines became the latest hospital in the capital region to announce over the weekend that it can no longer accept walk-in patients after its COVID-19 ward reached full capacity and its emergency room was handling twice its capacity.

“We are not just full. We are very full. In fact, the hospital has been full for the past two weeks,” Lung Center spokesman Dr. Norberto Francisco said.

Other hospitals said they could expand bed capacity but lacked enough medical workers partly because many had been infected.

“No one could have probably foreseen how infectious these new variants are and as a result of which we have these ballooning numbers,” Roque told ABS CBN News, adding officials would inaugurate a 110-bed intensive-care unit in a hospital in the capital region Monday and were planning to launch mobile COVID-19 intensive-care centers.

The Philippines has reported more than 795,000 COVID-19 cases with 13,425 deaths, the highest totals in Southeast Asia after Indonesia.