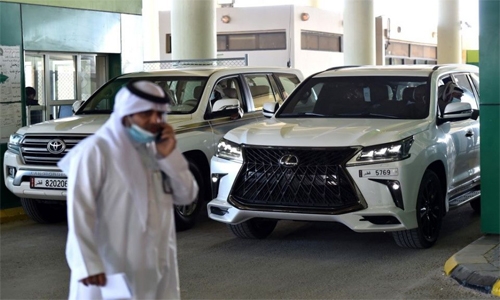 Saudi Arabian officials are planning a car-free city with a million residents as part of a futuristic metropolis on the Red Sea.

The city will be part of Neom, a megacity that the kingdom's crown prince, Mohammed bin Salman, first announced in 2017.

The Line, as its known, will stretch for 170 kilometres and have neither streets, cars or carbon dioxide emissions, said the crown prince, who noted the improvements in quality of life that will be brought by forgoing cars, streets, pollution and traffic jams.

"Modern cities are polluted, congested, loud and disconnected from nature, compromising our quality of life," wrote the developers on Twitter on Monday. "We are redefining urban space for future living, where people come first," Deutsche press agency (dpa) reported.

As planned, Neom will take up 26,500 square kilometres. It is a key part of the kingdom's Vision 2030 program, with which it hopes to pivot away from dependence on oil production and towards other forms of industry and technology

The first construction phase is expected to start in 2025. Initial cost projects are for 500 billion dollars, which are being financed by the Public Investment Fund of Saudi Arabia.

The Line project is expected to provide about 380,000 new jobs.

It's not the first time Saudi Arabia has had ambitions of creating a new city. In 2005, the kingdom announced King Abdullah City, which was supposed to create 1.3 million jobs and serve as home to 2 million. In the end, only one of the six planned component cities was constructed and is currently home to only 10,000 people.

Top five for Roma, but Loeb forced to retire from Dakar