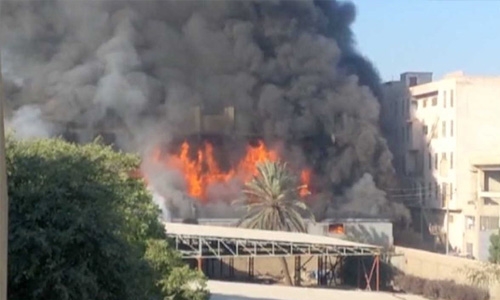 Eight people were injured when a fire erupted at a chemical factory in Pakistan's port city of Karachi on Saturday, local reports said.

Several people were still trapped inside the factory building and rescue teams are trying to evacuate them, Xinhua news agency quoted the reports as saying.

The water board of Karachi has declared an emergency in the city and more fire engines are being sent to the site to minimise the impact of the blaze which engulfed the entire factory and is feared to spread to nearby buildings.

The district administration said that it may take hours to douse the fire due to its serious nature.

The cause of the fire has not been determined yet.

Messi and Griezmann brings Barcelona back to third