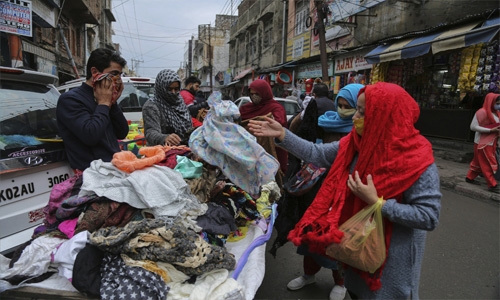 India will not allow the export of the Oxford University-AstraZeneca coronavirus vaccine for several months, the head of Serum Institute of India, which has been contracted to make 1 billion doses of the vaccine for developing nations, said on Sunday.

With rich nations reserving most of the vaccines that will be made this year, Serum Institute — the world’s largest vaccine manufacturer — is likely to make most of the inoculations for developing countries. The ban on exports, however, means that poorer nations will probably have to wait a few months before receiving their first shots.

The vaccine was granted emergency authorisation by the Indian regulator on Sunday, but on the condition that Serum Institute doesn’t export the shots to ensure that vulnerable populations in India are protected, Adar Poonawalla, the company’s CEO, said in a phone interview.

He said that the company also has been barred from selling the vaccine on the private market.

“We can only give (the vaccines) to the government of India at the moment,” Poonawalla said, adding the decision was also made to prevent hoarding.

As a result, he said, the export of vaccines for Covax — the ambitious initiative created to ensure equitable access to Covid-19 vaccines set up by the World Health Organisation, vaccines alliance GAVI and CEPI, a global coalition to fight epidemics — won’t begin until March or April.

Poonawalla said that Serum Institute was in the process of signing a larger contract with Covax for 300 million-400 million doses of the vaccine. That is apart from two existing orders of 100 million doses each for the vaccine developed by Oxford University and AstraZeneca, and another one from Novovax. He said the deal would be finalised in the coming weeks.

He said the first 100 million doses of the vaccine were being sold to the Indian government at a “special price” of Rs200 rupees ($2.74) per dose, after which prices would be higher. The vaccine will be sold on the private market at Rs1,000 ($13.68) per dose. He said vaccines could be delivered to Indian states where they were needed within seven to 10 days of the company finalising a deal with India’s government.

Poonawalla said his company was planning to give 200 million to 300 million doses of the vaccine to Covax by December 2021. He acknowledged that the company would have to balance distribution of vaccines between India and Covax.

“We can’t vaccinate everybody right now. We can prioritise,” he said.

Serum Institute is also negotiating bilateral agreements with individual countries including Bangladesh, Saudi Arabia and Morocco, Poonawalla said. “So that at least the most vulnerable in the states of our country or in other parts of other countries are taken care off,” he said.

Poonawalla said that even if all the plans by different global vaccine manufacturers were to succeed, he still anticipates a global shortage for coronavirus vaccines over the next year.

However, a Brazilian association of private health clinics said on Sunday it was negotiating with Indian pharmaceutical firm Bharat Biotech to buy five million doses of its Covid-19 vaccine, which India has just authorised for emergency use.

The Brazilian Association of Vaccine Clinics (ABCVAC) confirmed on its website it had signed a memorandum of understanding with the Indian firm to purchase its Covaxin vaccine, which is currently in the final stage of clinical trials.

Any final deal would be subject to approval by Brazil’s health regulator, Anvisa, which has yet to approve any vaccines against the new coronavirus.

ABCVAC described its planned deal with Bharat Biotech as a way to ensure Brazilians using the private health system — typically the wealthy — would have access to a vaccine, even as the government reserves its own initial doses for the public health system and high-priority groups such as health workers and the elderly.

“We had been looking for solutions for the private market, and the possibility came up of using this Indian vaccine, which is very promising,” ABCVAC president Geraldo Barbosa told TV network Globo News.

ABCVAC representatives will travel to India to continue negotiations, the association said.

India approved vaccines from both Bharat and Britain’s Oxford University earlier Sunday for “restricted use in emergency situations,” even though the former is still in testing.

The country has set an ambitious target of vaccinating 300 million of its 1.3 billion people by mid-year.

Brazil is meanwhile struggling to get its vaccination campaign off the ground, amid political squabbling and vaccine skepticism from Bolsonaro.

The president regularly flouts expert advice on containing the pandemic and says he does not plan to get a Covid-19 shot himself.

A reminder to would-be recipients of vaccine!