India enters into technical recession for the first time: RBI | THE DAILY TRIBUNE | KINGDOM OF BAHRAIN 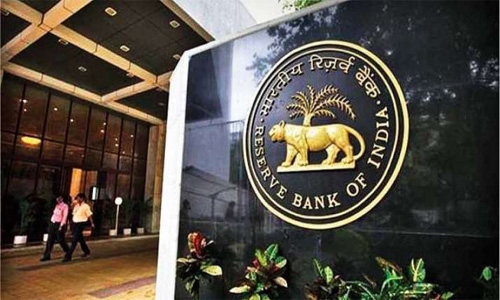 India enters into technical recession for the first time: RBI

India has technically entered into a recession with a likely contraction in its GDP during the July-September period, according to a report by the Reserve Bank of India (RBI).

RBI's Economic Activity Index estimates that India's GDP growth for the second quarter of the current financial year was negative and the GDP contracted by 8.6 per cent during the quarter.

"India has entered into a technical recession in the first half of 2020-21 for the first time in its history with Q2:2020-21 likely to record the second successive quarter of GDP contraction," it said.

The contraction is ebbing with gradual normalisation in activities and expected to be short-lived.

The RBI report said that at a time when global economic activity is besieged by the outbreak of the second wave of Covid-19, incoming data for the month of October 2020 have brightened the near-term outlook for the Indian economy and stirred up consumer and business confidence.

"Since the assessment of the performance of the Indian economy in the first half of 2020-21 that was presented in the Monetary Policy Report of October 2020, several developments point to a window of respite opening up and an unshackling of economic activity from the grip of Covid-19 as the festival season sets in," it said.