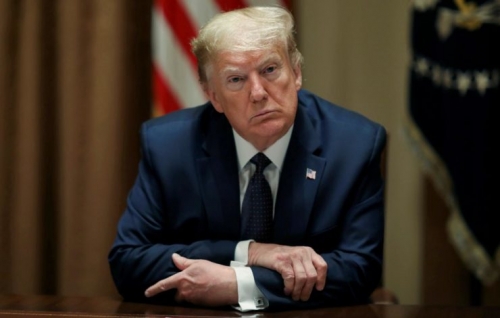 US President Donald Trump’s re-election campaign’s Twitter account was briefly restricted late Thursday, causing an outcry from Republican lawmakers who accused social media companies of acting like “speech police” and vowing to hold Twitter responsible. Twitter temporarily blocked the @TeamTrump account from sending tweets after it posted a video about Democratic presidential candidate Joe Biden’s son that it said violated its rules. The video referred to a New York Post story from Wednesday that contained alleged details of Hunter Biden’s business dealings with a Ukrainian energy company and said the former vice president had met with an adviser of the company.

Biden campaign spokesman Andrew Bates said in a statement that Republican-led Senate committees have previously concluded that Joe Biden engaged in no wrongdoing related to Ukraine. He also denied such a meeting had taken place. A Twitter spokesman said earlier on Thursday that the @ TeamTrump account, and the accounts of White House Press Secretary Kayleigh McEnany and the New York Post, had been blocked from tweeting because of the company’s policies on hacked materials and posting private information. He said the accounts may need to delete the rule-breaking posts to continue tweeting.

Twitter policy chief Vijaya Gadde said late on Thursday the company has decided to make changes to its hacked materials policy following feedback on its enforcement earlier. “We will no longer remove hacked content unless it is directly shared by hackers or those acting in concert with them,” Gadde said in a tweet. “We will label Tweets to provide context instead of blocking links from being shared on Twitter.” Twitter also said that despite the new policy the New York Post story would still be blocked. A company spokesman said the stories would still be blocked for “violating the rules on private personal information.” The Trump campaign, with 2.2 million followers, was sending tweets again on Thursday afternoon. It said in a new tweet it was “re-posting the video Twitter doesn’t want you to watch.”