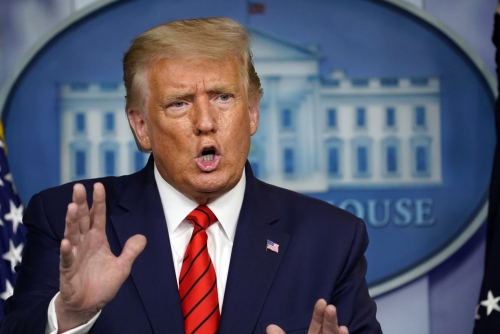 In Thursday night’s Town Hall event US President Donald Trump told NBC that he does not owe Russia any money, and also stated media reports indicating to his debts as a hoax. However, he did not give any definitive information about his financial situation.

There were media reports claiming the President owed hundreds of millions of dollars to Russia. “This has been going on for years now,”- he reciprocated when asked about this. New York Times had previously reported Trump had, for years, paid very little or no money in federal income taxes and that he had hundreds of millions of dollars in loans coming due within the next four years.

“The numbers are all wrong with the numbers they released,” he said while seeming to acknowledge that he does have debts, in describing himself as “very under-leveraged.”

“I have a very, very small percentage of debt...In fact, some of it I did as favors to institutions that wanted to loan me the money”, he said in the Town Hall event.

However, Trump seemed to acknowledge Thursday that he could make his return public but argued that it would be inadvisable for him to release the documents while he was being examined by the Internal Revenue Service (IRS). He further suggested that IRS personnel who served at the agency during the tenure of President Barack Obama were treating him “very badly,” for political reasons.

Type 2 diabetes can be treated and sometimes reversed through diet: Study