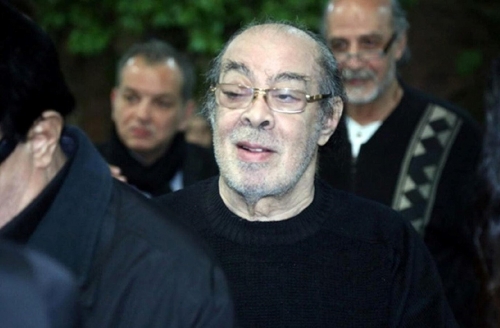 The Egyptian artist Al-Montaser Billah was absent at noon on Saturday at the age of 70, in a hospital in Alexandria.

Where the Egyptian artist has been suffering over the past years from several diseases, which began with a stroke he suffered 12 years ago, which caused his departure from acting and his inability to present only simple roles.
For his part, the captain of the Actors d. Ashraf Zaki The funeral of the late artist Al-Montaser Billah will take place tomorrow in Cairo.
Al-Muntasir Billah, who was born in February 1950, has provided nearly 180 artistic works throughout his career, starting his career with the trio of stage lights in the early 1970s.
Whereas, the series "Last Summer", which was shown 10 years ago, was the last in it, as it has been suffering from illness in recent years and appears intermittently.
The late married artist Aziza Kassab, who retired from art to devote himself to caring for her three daughters.
As for his most important works, they are many and varied between theater, cinema, and television drama. Among his most important films are: “She answers her like that, she revels it like that.” “Al-Tayyib Effendi”, “The Scandal”, “Teacher Samah”, “Al-Maghanati”, “Egyptian Citizen”, “Haret Al-Gohary”, “Oh You Love Ya Qub”, “We Love and Punish”, “Big Lips”, “Against the Government” “Poor but happy”, “Lawyer under training,” “Forbidden for students,” “We apologize for this mistake,” “Hesa and unhappy people”, “Oh, what are you generous, Lord,” and many other works that have affected cinema, television, and theater.