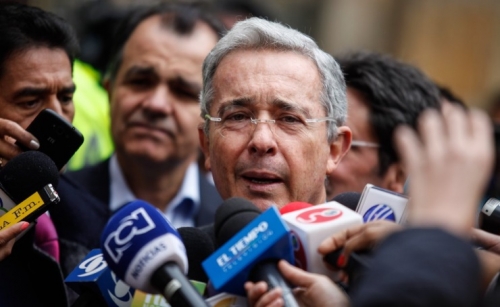 Colombia's Supreme Court has ordered the arrest - reportedly house arrest - of former president Alvaro Uribe, one of the country's most influential politicians, in a landmark investigation that has divided the nation.

"Being deprived of my freedom causes me deep sadness for the sake of my wife, my family and Colombians who still believe I have done something good for the fatherland," the 68-year-old wrote on Twitter on Tuesday.