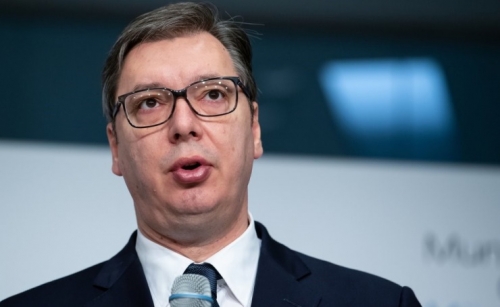 Tension soared across Serbia as violent protests that began in response to the government's Covid-19 lockdown plan transformed Wednesday night into a broader fury against President Aleksandar Vucic. "We have a situation that can be only described as pure violence seeking to violently take over without the will of the people, without taking part in the elections," Interior Minister Nebojsa Stefanovic told a late-night news conference, according to Deutsche press agency (dpa).

The demonstrators chanted against Vucic at rallies across Serbia, voicing frustration over what they see as his autocratic style. Although occupying an office with largely ceremonial powers, he rarely attempts to hide that he pulls the strings in the country.

Police clashed with demonstrators in capital city Belgrade for the second night in a row. Confrontations took place at several sites, including the parliament building where protesters were pushed back by police. But protesters slipped the multiple cordons moving through the city center and regrouped in several nearby locations, with clashes repeatedly breaking out.