UK virus death toll climbs to over 19,000 | THE DAILY TRIBUNE | KINGDOM OF BAHRAIN 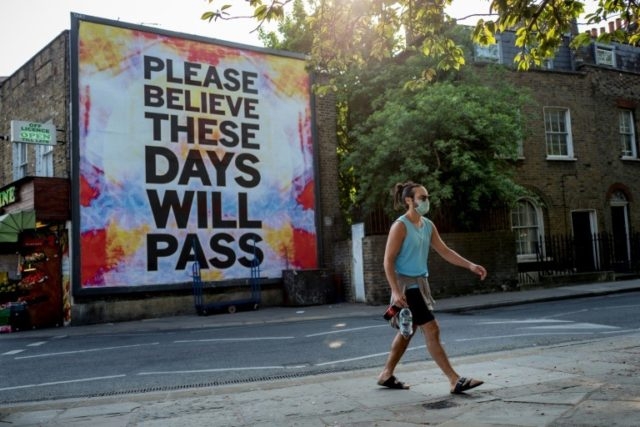 The death toll in Britain from the coronavirus outbreak neared 20,000 on Friday as the government faced calls for greater transparency for its exit strategy from stringent social distancing measures. The health ministry said 684 more people had died in the 24-hour period to 1600 GMT on Thursday, taking the number of deaths for COVID-19 in hospital to 19,506. The figure is more than the 616 reported the previous day and comes after the government claimed the virus had hit its peak and was trending downwards. But it is still one of the worsthit countries in the world, and there are fears the true figures could be higher when deaths in the community are taken into account.

Britain has been under lockdown for a month, with businesses shut and people ordered to stay in their homes except to buy essential goods and medicine or to take daily exercise. A review of the restrictions is due on May 7 but the government is coming under pressure to reveal its plans for lifting the measures. Ministers are also facing criticism about the extent of testing and calls to urgently plug gaps in the supply of protective equipment for health and social care workers. Health Secretary Matt Hancock on Thursday detailed expanded community testing for the virus in the coming weeks but said it would depend on lower rates of transmission of the virus. Meanwhile, a new website to offer testing for up to 10 million key workers and their families was overwhelmed on Friday, the government said.

“Within two minutes of the portal opening this morning, 5,000 testing kits had been ordered,” Prime Minister Boris Johnson’s official spokesman told reporters. “And that’s the available capacity for today.” Up to 18,000 home testing kits per day will be available by the end of next week. Another 15,000 tests were expected to take place at drivethrough testing centres on Friday, he added. Hancock has set a target of 100,000 tests a day by the end of April, while contact tracing - abandoned as the outbreak took hold rapidly in the UK -- will be restarted to give a more complete picture of the virus’ spread