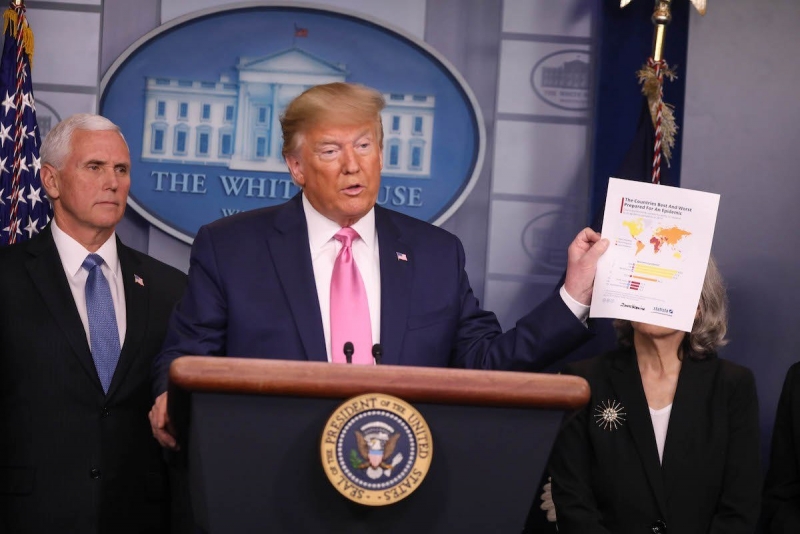 US President Donald Trump has claimed that Turkish President Recep Tayyip Erdogan is ready to make a deal with Kurdish groups in Syria, in a confusing television exchange on the coronavirus yesterday

When Trump was asked about the issue of social distancing – a practice used and enforced around the world in a bid to prevent infections of the virus – he used the conflict and dealings between Turkey and the Syrian Kurdish militias as an example.

In an interview with the US news channel Fox News yesterday, he said that “With Turkey – I give this as an example – and Syria, I said ‘sign a deal with the Kurds, make peace.’ Erdogan, he didn’t want to – he’s a man who loves Turkey, and I have a very good relation – I said ‘sign a deal.’ He didn’t really want to, the Kurds didn’t really want to. And it went on, you know, the so-called safe zone… All of a sudden they start fighting…and it was vicious and other countries got involved. Now I say: ‘let’s sign a deal,’ and they said ‘OK, we’ll sign a deal.’”

Only Citizens and Residents Allowed to Enter Bahrain: Gulf Air