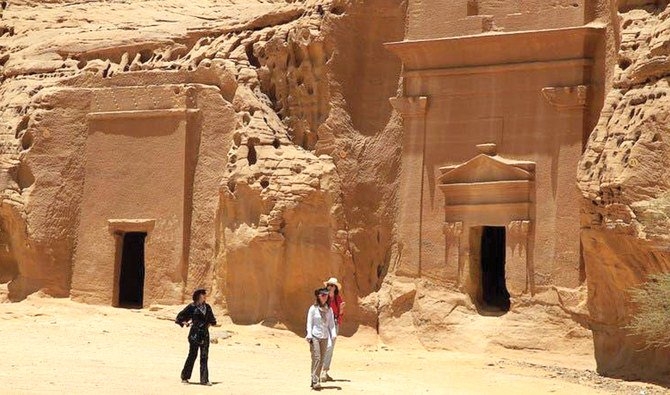 Saudi Arabia’s decision to allow US, UK or Schengen visa holders to obtain a visa on arrival in the Kingdom will help to boost the tourism sector and the country’s economy, according to business insiders.

However, visitors wishing to access the facility need to have used their UK, US or Schengen visas before entering the Kingdom and the visas should be valid until their departure from Saudi Arabia.

Ghazi Al-Onaizi, a local tour operator, said: “Following the announcement of tourist visas, we experienced a 200 percent increase in the number of tourists.”

He said with the new service, these numbers were likely to increase by 300 percent.

Al-Onaizi said that people from all around the world were being attracted to the Kingdom. “We can see Russians, Dutch and South African nationals at various cultural activities taking place across the Kingdom,” he said.

“I have met people of around 45 nationalities and they all want to visit the Kingdom again,” Al-Onaizi said.

According to the Saudi Commission for Tourism and National Heritage (SCTH), tourists are allowed to stay in the Kingdom for a maximum of 90 days during the year during which they can enter the Kingdom multiple times.

Citizens from 49 countries are eligible to apply for an e-visa online or get a visa on arrival.

Omar Alrshood, another businessman associated with the travel industry, said that the expansion of the visa services would add new impetus to the Saudi tourism sector.

Previously, he said, it was difficult for tourists or people who would come to the Kingdom for business meetings to find interesting places to visit or entertainment spots. However, the situation has changed.

“We have multiple destinations, including heritage sites, across the Kingdom where tourists can spend a nice time,” Alrshood said. “In addition to that, loads of fun-filled activities continue around the year as part of Riyadh Season or Jeddah Season etc.”

Alrshood said that it was good news for travel and tour companies based in Saudi Arabia, who were preparing to do brisk business all year round.

He said that many companies, including his, are planning packages and services to take advantage of the boom.

The introduction of tourist visas is in line with Vision 2030. The rapid development in the tourism sector in Saudi Arabia is the first of its kind in the history of the Kingdom.

The sector is witnessing a strategic transformation, as the Kingdom is developing tourism and transport infrastructure.

The infrastructure includes many development projects and state-of-the-art tourist destinations that can attract domestic and international visitors.

The Winter at Tantora festival is currently underway at AlUla Valley, which is attracting large local and international crowds. Mohammed Alkhani, CEO of a travel and tourism company, told Arab News: “We expect bookings to increase by 20 percent. Tickets for AlUla are already sold out and we had to reject many requests.”

Saudi women lead the way as cycling breaks down barriers