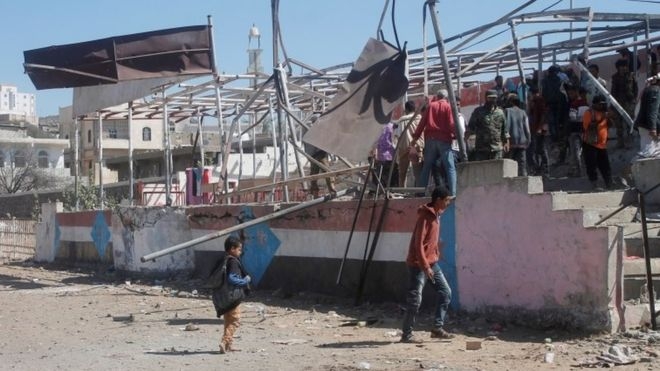 A missile strike that targeted a military parade in southern Yemen has killed at least five people.

The attack came at the end of a graduation ceremony for recruits to the Security Belt forces - a powerful organisation backed by the United Arab Emirates - in the town of al-Dhalea.

Security Belt are part of the coalition that has fought with Yemen's government against the Houthi rebels.

Officials have blamed the Houthis for the attack on the parade.