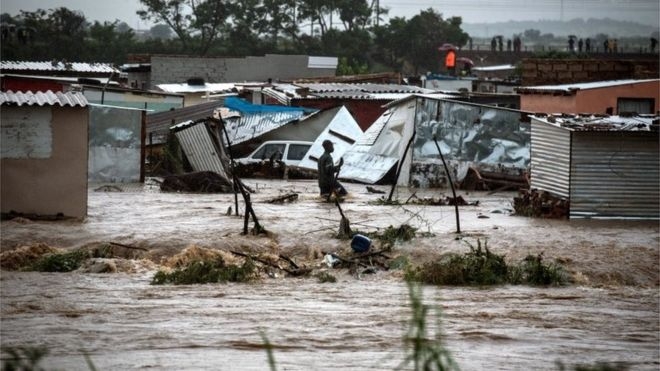 At least 700 homes have been washed away near the capital, Pretoria, public broadcaster SABC reported.

The cuts have halted gold and diamond production at some leading mines.

Harmony Gold said it had called off underground shifts because of the power cuts, known as load shedding in South Africa.

Petra Diamonds said it was "removing all people from underground, except those required for essential services, with only pumping to prevent flooding and ventilation for safety being allowed".

State-run power utility Eslom said 6000 Megawatts of electricity - roughly 10% of the grid - was being switched off.

It said flooding at a coal mine and power station had disrupted supplies to homes and businesses.

"The outlook for this week is to maintain load shedding because of the weather, because of the coal handling challenges that we've got," Eskom's chief operations officer Jan Oberholzer told the privately owned eNCA news channel.

South Africa's weather bureau has warned of further flooding in the economic heartland of Gauteng and several other provinces.

The banks of two rivers burst, submerging about 700 homes built with flimsy material in the poor neighbourhood of Mamelodi, east of Pretoria, SABC reported.

The emergency services had rescued people who had climbed on to the roofs of homes and cars to escape rising water levels on Monday, city officials said.

One person had died in the floods, the officials added.

"Ramaphosa is greatly mistaken if he thinks he can run a country and manage this crisis via a cell phone. This requires bold leadership, not platitudes," DA interim leader Johan Steenhuizen said.

He insisted the government was taking the necessary steps to fix Eskom and other state companies like the national airline, which is now teetering on the brink of bankruptcy.

South Africa is the latest African state to be hit by floods. Almost 300 people have died and and 2.8 million people have been affected by recent floods in East and central Africa, according to the UN Office for the Co-ordination of Humanitar 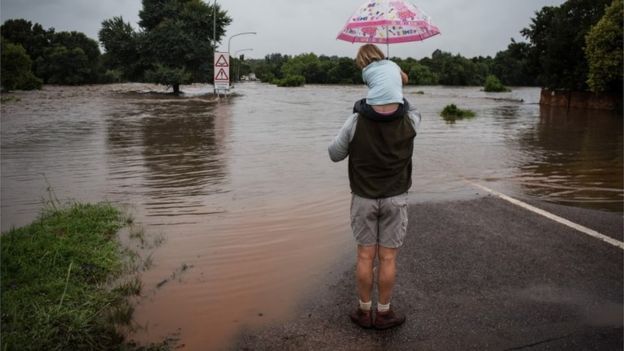