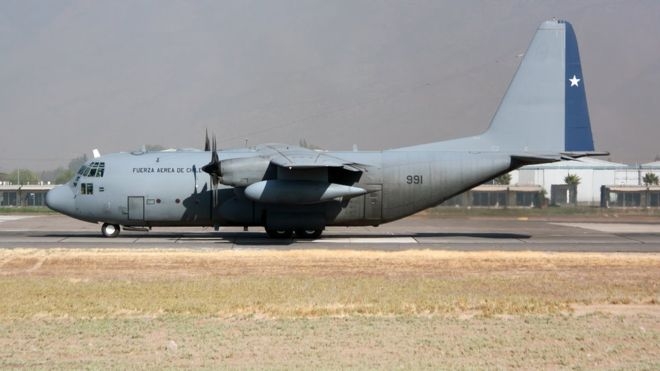 A military plane with 38 people on board has disappeared en route to Antarctica, Chile's air force says.

Those missing include 17 crew and 21 passengers.

They were travelling to provide logistical support to a military base on Antarctica's King George Island. A search-and-rescue mission is under way.

Air Force Gen Eduardo Mosqueira told local media that the plane did not activate any distress signal. He said the plane, whose pilot had extensive experience, might have been forced to touch down on water.

An air force statement said that the plane was about 450 miles (725km) into its 770-mile journey when contact was lost, placing it within the Drake Passage. The air force published a map of the plane's last known location on Twitter

The Drake Passage is a body of water connecting the South Atlantic and South Pacific oceans, and is known for treacherous weather conditions. But Chile's air force said local weather was good at the time of the plane's disappearance.

It also said that the plane would have had enough fuel to keep airborne until 00:40.

Who was on board?

Three of the passengers were Chilean soldiers; two were civilians employed by engineering and construction firm Inproser, who were going to carry out work on the military base; one was a student at Magellanes University; and the remaining 15 passengers were members of the air force, an official said.

The C-130 is also staffed by 17 crew members. The Air Force has published a list of all those on board.

What is being done?

Air Force Gen Francisco Torres said that the search for the plane had "begun immediately" after it had failed to arrive at the military base in Antarctica.

Eight planes and four ships are taking part in the search operation. An initial overflight of the area where communication was lost failed to yield any sign of the missing plane. Rescuers are currently searching inside a 60-mile radius from the last point of contact.

What has been the reaction?

President Sebastián Piñera said in a tweet that he was "dismayed by the loss".

He has travelled to the Cerrillos Air Base to monitor the search, along with Interior Minister Gonzalo Blumel and Defence Minister Alberto Espina. 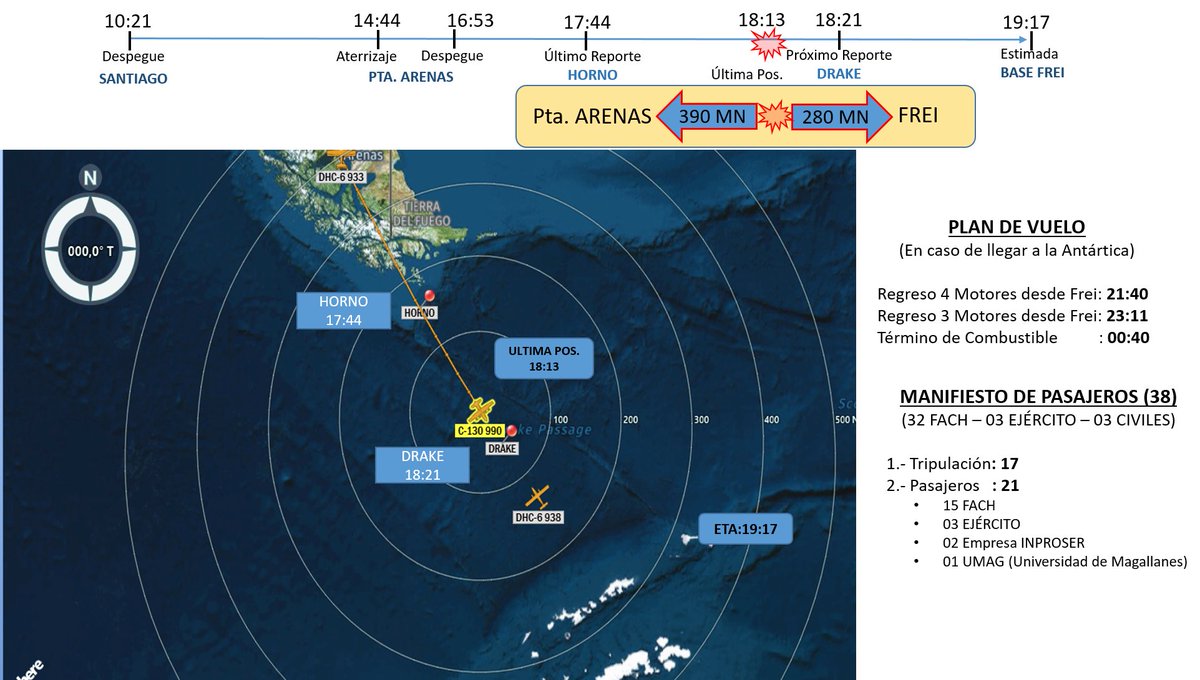