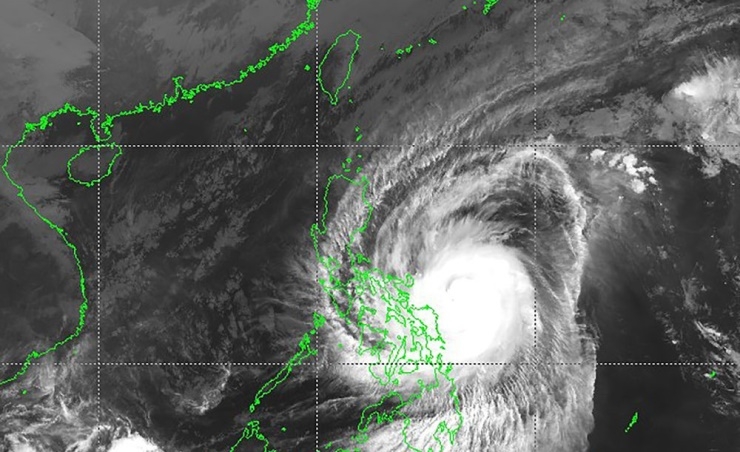 Kammuri was expected to make landfall over the provinces of Albay, Catanduanes or Sorsogon on Monday evening or Tuesday morning, the weather bureau said.

"The outer bands of the typhoon are now affecting the (eastern) Bicol region and the provinces there can expect occasional to continuous heavy rains and strong winds throughout the day," said weather forecaster Raymond Ordinario.

The weather bureau raised typhoon alert warnings for nearly 50 provinces and the metro areas of the capital, Manila.
School classes on all levels were suspended in 20 eastern and northern provinces, as well as in the capital.

More than 20 domestic flights were cancelled.

About 63,000 residents from the provinces of Albay and Camarines Norte have been evacuated from their homes since Sunday, amid warnings that Kammuri could trigger flash floods, landslides, mud flows and storm surges.

Presidential spokesman Salvador Panelo said the government was closely monitoring the typhoon and emergency teams were on standby.

"We ask the public, especially residents who will be affected by the typhoon to stay vigilant ...
and coordinate with their (local officials) for appropriate and responsive action," he said.