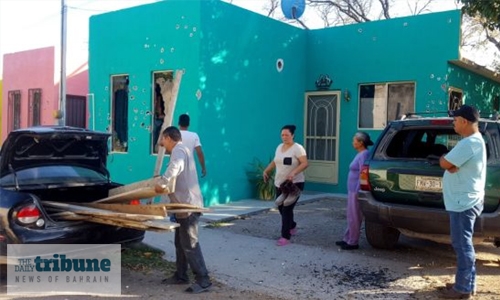 Death toll rises to 21 after attack on Mexican town

Security forces shot dead seven more suspected cartel gunmen after a weekend attack on a northern Mexican town, authorities said yesterday, bringing the death toll to 21 and adding fuel to a debate about whether the gangs should be deemed terrorists.

The government of Coahuila state said 10 gunmen and four police were killed in shootouts on Saturday in Villa Union, days after US President Donald Trump fanned bilateral tensions by saying he would designate cartels as terrorists.

The gunmen peppered the Villa Union’s mayor’s office with bullets and state police pursued the gang members after they fled the town, killing seven more in the early hours of Sunday, the Coahuila government said in a statement.

The leftist Lopez Obrador said on Friday he would not accept any foreign intervention in Mexico to deal with violent criminal gangs in response to Trump’s comments.

Australian freed by Taliban believes US made multiple rescue attempts