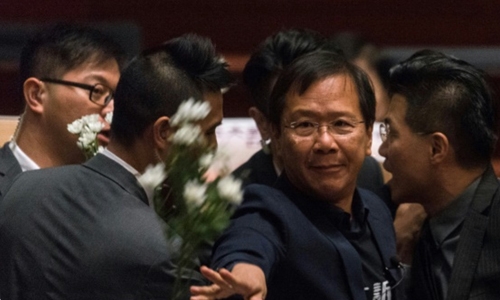 Pro-democracy lawmakers were dragged out of Hong Kong’s legislature by security guards on Thursday after they heckled the city’s pro-Beijing leader for a second day running, the latest outburst of political rancour in the strife-torn city.

Chief Executive Carrie Lam has faced an outpouring of anger from her opponents since the legislature opened its doors for a new session on Wednesday, three months after the building was trashed by masked protesters.

Lam was unable to give a State of the Union-style policy speech on Wednesday after pro-democracy lawmakers, who form a minority on the pro-Beijingstacked legislature, repeatedly interrupted her.

Instead, she was forced to deliver the address in a pre-recorded video. Lam returned to the Legislative Council yesterday to answer questions from lawmakers about the content of that policy speech.But chaos erupted once again.