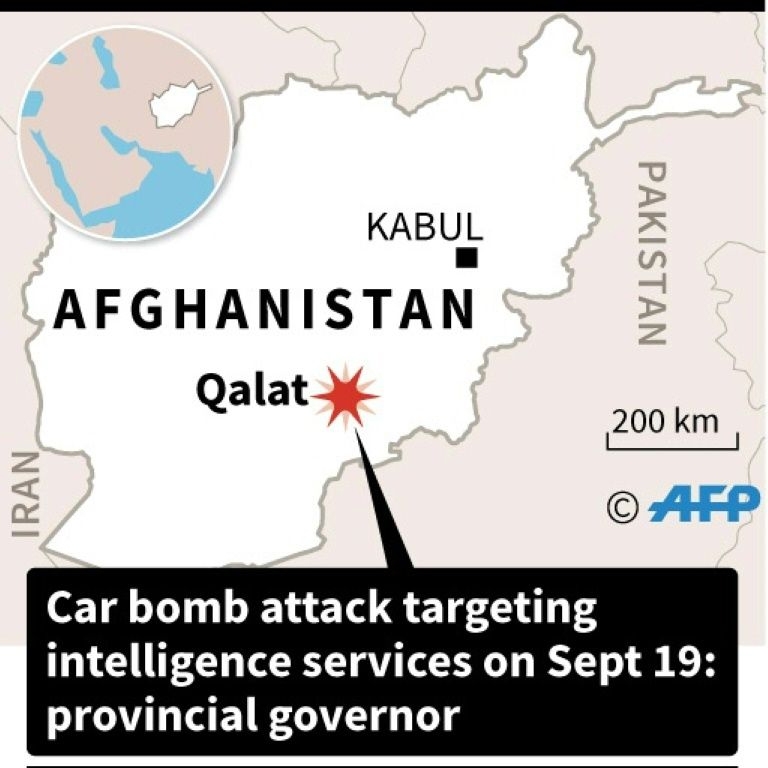 The Taliban killed at least 10 people and wounded 90 Thursday after a car bomb targeting an intelligence services building exploded and destroyed a nearby hospital in the southern Afghan city of Qalat, the governor of Zabul province said.

The blast in Zabul was just the latest in a string of deadly Taliban bombings across Afghanistan this week as violence intensifies after US President Donald Trump abruptly ended talks with the insurgents over an American withdrawal from the country.

“This morning a car bomb targeted the NDS (National Directorate of Security) in Qalat of Zabul. The regional hospital of Zabul was also located there and has been destroyed,” said governor Rahmatullah Yarmal. Atta Jan Haqbayan, the head of Zabul’s provincial council, gave a higher death toll, saying 20 people had been killed in the attack and another 90 wounded.

The bombing was later claimed by a Taliban spokesman.