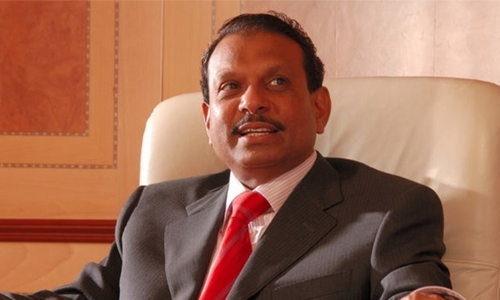 UAE-based Indian businessman MA Yusuffali, chairman and managing director of LuLu Group has pledged to donate of Rs 50 million (Dh2.5 million) for the flood-hit south Indian state of Kerala. Yusuffali is donating the money towards the Chief Minister’s Distress Relief Fund to help the flood victims of the state, the group said in a media statement on Wednesday. This was conveyed by Yusuffali directly to Chief Minister of Kerala Pinarayi Vijayan, during a tele-talk today, the statement added.

During the 2018 deluge in Kerala, the retail tycoon had donated Rs.80million for Kerala flood relief through the same fund and separate funds created by three Malayalam media houses, a spokesperson said. “He had donated another Dh5million for the same cause through Khalifa bin Zayed Humanitarian Foundation,” he said. Apart from this, the spokesperson said, Lulu’s employees also donated Rs100million to the Chief Minister’s Distress Relief Fund.

Many other UAE-based Indian businessmen had also made huge contributions to rebuild Kerala after the devastating floods last year. Yusuffali, who also hails from Kerala, is the first UAE-based NRI businessman to make an announcement about the donation after floods and landslides caused massive destructions and claimed 95 lives in Kerala yet again during this monsoon. Meanwhile, a Dubai expat who died after rescuing two children from flood waters in Kerala on Tuesday, was laid to rest in Malappuram on Wednesday afternoon.