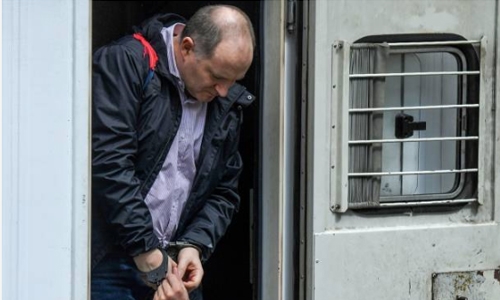 Macron raised the case during talks with Putin during the G20 summit in Japan at the end of June, an aide said on condition of anonymity. “We are continuing to work to secure his release,” he said, adding the arrest “was damaging for Russia’s image in the business world.” Delpal, who has lived in Russia with his wife and two children for the last 15 years, has been accused of defrauding Vostochny Bank of 2.5 billion rubles ($38.7 million).

A court last month ruled that Calvey should be moved to house arrest, but Delpal and four others remain in pre-trial detention. Calvey has argued that the case against him has been fabricated by a rival businessman using the criminal justice system for corporate benefit.

In a statement Monday, Baring Vostok said the arrested executives are key witnesses in an arbitration case over fraud set to be considered in London in January 2020. French Prime Minister Edouard Philippe also raised the case of Delpal with his Russian counterpart Dmitry Medvedev during a meeting in northern France on June 24.