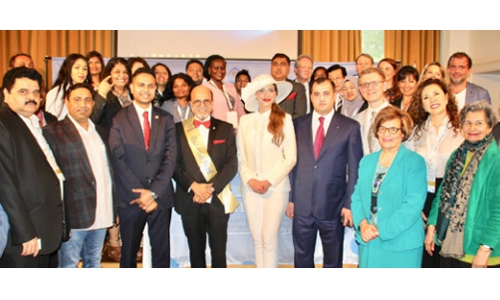 The inaugural edition of ‘Trilateral Global Summit’ was held in London promoting the integration of the global economy and businesses as a pathway for peace. The World Humanitarian Drive (WHD) in partnership with the Universal Peace Federation (UPF) hosted the summit held on 19th and 20th June.

The event provided a platform for diplomats, corporate heads, policy makers, investors and influencers from around the globe to demonstrate their ideas to strengthen global ties for investments and knowledge sharing. Participants from over 25 countries took part including from the UK, Portugal, Morocco, Bahrain and India. The event revolved around the idea of enhancing “Trade for Peace” initiated by Abdul Basit Syed, the founder of WHD to support U.K’s trade relations globally.