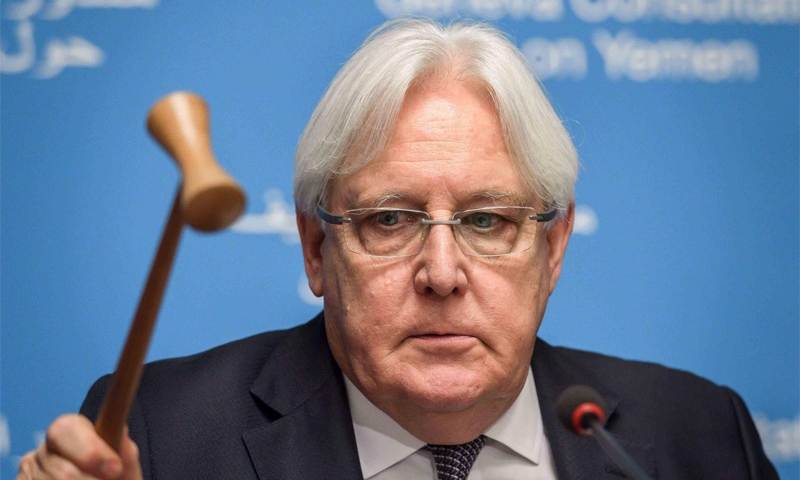 Geneva : Scheduled peace talks in Geneva between Yemen’s government and Huthi militia hung in the balance yesterday as both sides traded ultimatums and a UN envoy scrambled to mediate. The Houthi delegation, still in Sanaa, insisted the UN must meet a list of conditions before it will travel to Switzerland, prompting government representatives already in Geneva to give the Huthis a 24-hour deadline or it “will leave”. UN envoy Martin Griffiths, who said the planned meeting offered a “flickering signal of hope” for an end to the years-long conflict, had to postpone the start of the talks.

“He continues to make efforts to overcome obstacles to allow the consultations to go forward,” his office said in a statement yesterday, adding that Griffiths remained “hopeful” the rebels would come.The Geneva talks are meant to be the first since 2016, when 108 days of negotiations between the government of Abedrabbo Mansour Hadi and rebels failed to yield a deal. The Huthis control the capital Sanaa and much of northern Yemen, while a Saudi-led coalition which backs Hadi’s government controls the country’s airspace. Led by Foreign Minister Khaled al-Yamani, a Yemen government delegation arrived in Switzerland on Wednesday.

But on what was meant to be the first day of talks, the Houthis issued an ultimatum from Sanaa yesterday, saying they would not join the talks until the UN meets conditions that include transporting their wounded to Oman for treatment and a guarantee they will be allowed to return home after the talks. The rebels accused the UN of failing to keep promises in this regard. Asked about the Huthi claims, Griffiths said Wednesday: “We are working on that.” The government delegation said it would wait only another 24 hours, until midday Friday.

“We have this scheduled meeting since two months ago ... Today we are alone,” delegation member Hamza Alkamali told journalists, and claimed theHouthis were making it clear “they don’t want peace”.

The crazy idea of America-Iran summit