Humans will NOT survive another 1,000 years on Earth! | THE DAILY TRIBUNE | KINGDOM OF BAHRAIN 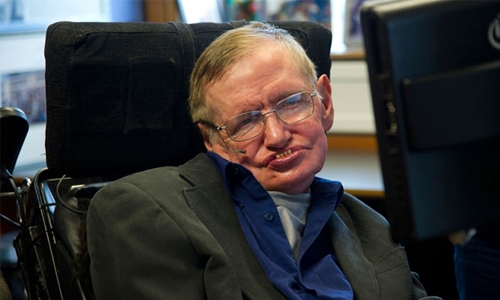 Humans will NOT survive another 1,000 years on Earth!

New York : Humans will not survive another 1,000 years on 'fragile' Earth, according to Professor Stephen Hawking.

The renowned theoretical physicist believes that life on Earth is at an ever-increasing risk of being wiped out by a disaster, such as a sudden nuclear war, a genetically engineered virus, or the rising threat of artificial intelligence.

He urged people to take more interest in space travel, and said that we must continue to go into space for the future of humanity.

Professor Hawking received a standing ovation after he urged a packed audience of scholars at Oxford University Union to take an interest in space travel.

At the talk, Professor Hawking gave a one-hour whirlwind history of man's understanding of the origin of the universe from primordial creation myths to the most cutting edge predictions made by 'M-theory'.

He said: 'Perhaps one day we will be able to use gravitational waves to look back into the heart of the Big Bang.

'Most recent advances in cosmology have been achieved from space where there are uninterrupted views of our Universe but we must also continue to go into space for the future of humanity.

'I don't think we will survive another 1,000 years without escaping our fragile planet.'

Hawking, who has said he wanted to go into space on Virgin boss Richard Branson's Ride Virgin Atlantic spaceship, continued: 'I therefore want to encourage public interest in space, and I have been getting my training in early.' 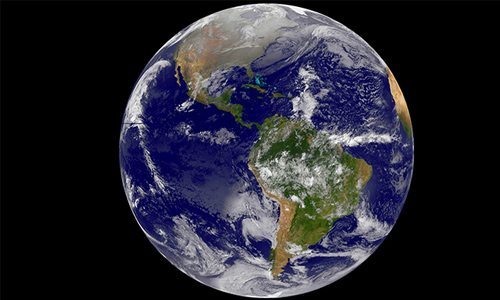 Professor Hawking added: 'It has been a glorious time to be alive and doing research in theoretical physics.

'Our picture of the universe has changed a great deal in the last 50 years and I am happy if I have made a small contribution.

'The fact that we humans who are ourselves mere collections of fundamental particles of nature have been able to come so close to understanding the laws that are governing us and our universe is a great achievement.'

Professor Hawking has previously described his views on the future of space travel, in the afterword of the book, 'How to Make a Spaceship.'

He said: 'I believe that life on Earth is at an ever-increasing risk of being wiped out by a disaster, such as a sudden nuclear war, a genetically engineered virus, or other dangers,' he said.

'I think the human race has no future if it doesn't go to space.'

Making a poignant plea to his young audience of students from the University of Oxford, where he himself did his undergraduate degree, he said: 'Remember to look up to the stars and not down at your feet.

'Try to make sense of what you see and wonder about what makes the universe exist.

'Be curious and however life may seem there's always something you can do and succeed at - it matters that you don't just give up.'

He explained in his talk, titled 'The Origin of the Universe', how he was currently working to prove how the origin of the universe did obey the laws of physics as was understood what modern physicists called M-theory.

The conglomerate of theories incorporated Einstein's General Relativity which combined space and time to allowed him to predict the existence of a black hole - an area of space where gravity is so strong not even light can escape it - and Quantum Theory, which predicted the physics of subatomic particles that were being tested in the Large Hadron Collider in Geneva.

'It is the only unified theories that has all the properties that we think the final theory ought to have,' said the professor.

Hawking said he and fellow scientist James Hartle believed that the Big Bang and start of time could be thought of as the South Pole on the globe, where latitudinal lines were akin to an expanding universe, but with every point, including the South Pole, obeying the same laws of nature.

He told of how earlier civilisations had believed the Earth was flat and said: 'If our proposal is correct, it would get rid of time having a beginning, in a similar way that we get rid of the problem of the edge of the Earth (in a flat planet).'

World’s most vacation-deprived and workaholics employees