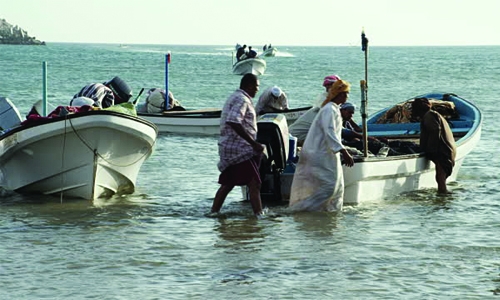 Muscat : Shores of the Sultanate enjoy a rich and varied marine resources due to its location overlooking the Sea of Oman, the Arabian Sea and the Indian Ocean.

Omani waters are rich in many types of marine life, such as crustaceans and mollusks along with Pelagic and Demersal fish particularly sardines, which is a traditional seafood and rich in protein and fat.

Sardines locally known as "Ouma" occupies the first rank in the fish exports of the Sultanate. It accounted last year for 61% of the total exported quantities of fish with a total value of RO 29.6 million, according to Oman News Agency (ONA).

Man seized with over 2,000 Tramadol pills