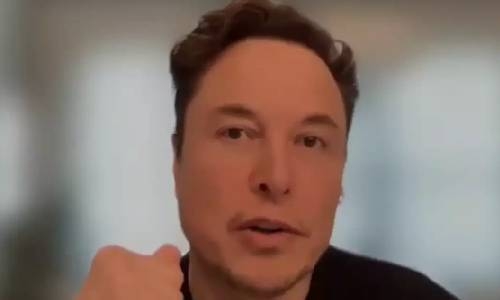 SpaceX and Tesla chief Elon Musk recently argued that it is “ total nonsense” that people were not having kids because it was harmful to the environment.

Speaking at All-In Summit via video, the father of seven said, “Some people think that having fewer kids is better for the environment. It's total nonsense. The environment is going to be fine even if we doubled the size of the humans.”

Mr Musk further went on to say, “At least maintain our numbers. We don't necessarily need to grow dramatically, but least let's not gradually dwindle away until civilization ends with all of us in adult diapers, in a whimper.”

Further, the Tesla CEO used Japan's dwindling birth rate as an example. “Japan is a leading indicator here,” he said, adding Japan's population declined by 600,000 people last year. Mr Musk claimed that the East Asian country could “cease to exist” because its birth rate was declining.

He added that the world cannot have civilisation dwindle into nothing. He then also made his position very clear, saying that having kids is not bad for the environment. In fact, it is “essential for maintaining civilisation,” Mr Musk stated.

The SpaceX founder went on to recount the fears some modern-day parents have and how it doesn't add up. “I've heard many times. ‘How can I bring a child into this terrible world',” Mr Musk said. “I'm like ‘have you read history? Because let me tell you, it was way worse back then,” he added.

It is to mention that Elon Musk did not provide evidence to back up his claims. But it comes after a previous theory gained traction by suggesting that “having one fewer child per family could save approximately 58.6 metric tons of carbon each year in developed countries”. CNBC reported that having a child is seven times worse for the climate in CO2 emissions annually than the next 10 most discussed mitigants that individuals can do.

However, as per a separate report, change in lifestyle and a compounding change in pro-climate policies could have a greater impact on the environment than not having children.